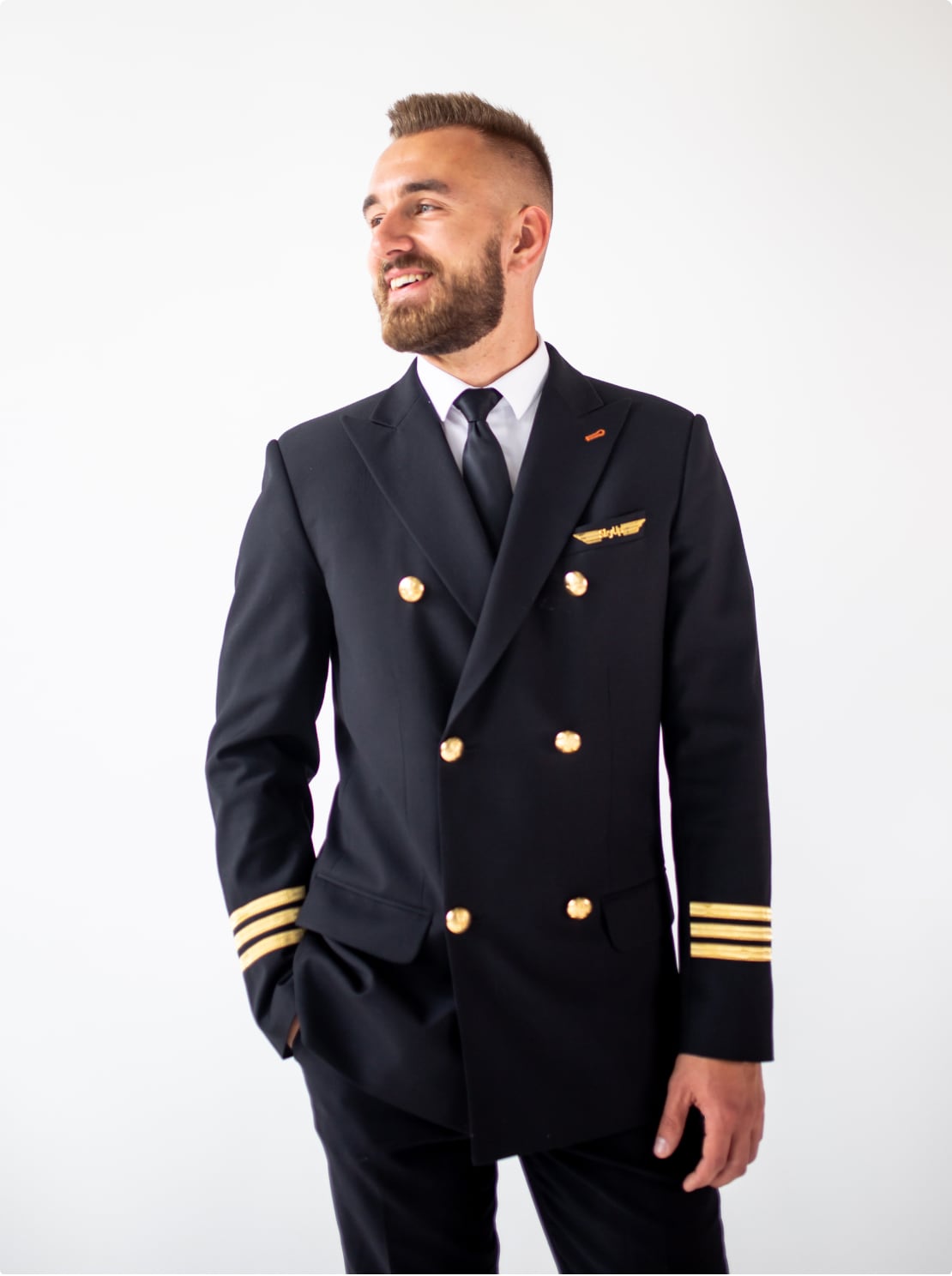 Acquaintance with aviation for me began as a child - my father worked as a lecturer at the Flight Academy of the National Aviation University in Kropivnitsky. Accordingly, we lived as a family in a conventional neighborhood next to the university - the "flying town". Our neighbors were many different aviation specialists, including pilots.

By the end of my studies at school, I started to be interested in computer simulators, to study flight disciplines on my own. Aviation turned out to be so complex, heavy and demanding that it caused admiration. And from that moment on I finally decided to become a pilot.

I received a master's degree in aircraft flight operation and international air transportation management. In fact, I had all the necessary licenses after the 4th year. However, it took more than a year before I was able to find a job at SkyUp. And this time was the hardest - I had to study, repeat the theory for hours and work on myself constantly. Now I realize that in our work, training does not end, probably never. But the dream is worth every minute.

I saw the presentation of the company - modern aircraft, European approach, and immediately wanted to become a part of the team.

During the contest I felt confident. Although there were 1 in 10 chances, part of our profession was to stay calm in any situation, it wouldn't help us to worry. Although, when I was told that I had passed and would now fly on Boeing, my self-control left me and my knees were shaking.

Then there was the 4-month training and the first flight. Boeing is very... dynamic. At first, I couldn't even look up, my head was spinning from how much was happening at the same time, everything had to be monitored and controlled.

Now I can say with certainty that my favorite process is manual piloting. Operating a 70-tonne machine with your own hands can't be compared to anything else.

I have the most comfortable office in SkyUp. I have a wonderful view from the window. The best plane. The wisest commander. And so, every time. I don't want to use the "dream job" cliche, but it's definitely very close to it.