Fifty years ago, several Italian villages decided to unite into the city for better development. This is how Lamezia Terme was formed. Now it can delight you with its ancient architecture, beach rest, castles, shopping, and thermal springs.

You can get to sunny Italy with SkyUp in less than 3 hours. Choose a convenient fare and go to Lamezia Terme, feeling the care of our staff from the first seconds after booking.

Make your trip even more unforgettable with our menu, consisting of gourmet dinners, delicious rolls, and tender desserts. It`s possible to order meals no later than 32 hours before departure.

Start exploring the city from the historic district of Nicastro with colorful tiny houses in the southern Italian style. And also, you can go shopping here. Then go down the winding, hilly road from Nicastro to the modern city center.

In addition, visit the Bastion of Malta, built in 1550 to defend against the Ottomans. The walls of the massive tower are 5 meters wide.

And the relaxation program must necessarily include rest in one of the sanatorium and resort complexes, known for their thermal springs and water with healthful trace elements.

And do not forget about the sandy beach by the sea.

Be sure to try fresh seafood, Italian cheeses, and pastries. Treat yourself to olives and fish or octopus baked on the grill. Also, try the Italian dry sparkling wine Prosecco.

You can taste local bread, wine, and cheese at one of the main gastronomic centers in the Calabria region – in the Statti estate.

Visit the city of Catanzaro, which is washed by the deep turquoise sea. Also look at the Cattedrale di Santa Maria Assunta, built in the 11th century and preserved, although destroyed several times by fires, earthquakes, and wars.

And in the city, there is the open-air museum Parco Della Biodiversità Mediterranea, where you can see modernists` sculptures. In addition, there is an archeological park Scollacium near the city, with ancient architectural finds and monuments.

Kyiv – Lamezia Terme flight tickets are available on the SkyUp Airlines website. Visit the website and select the desired date. 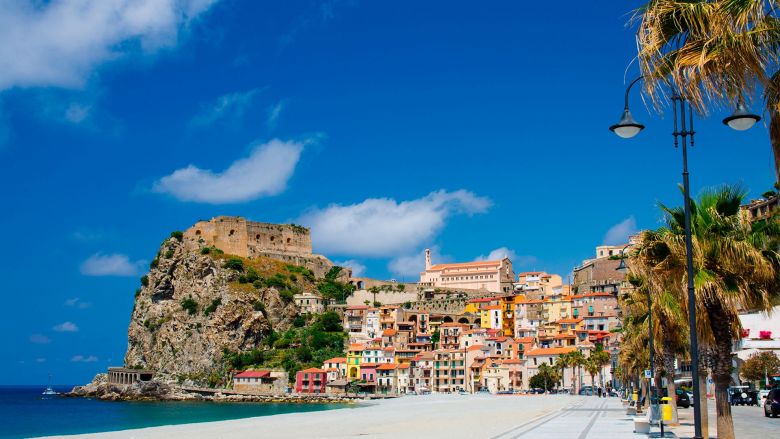