Buy airline tickets Kyiv - Lyon in installments up to 12 payments

Lyon is the economic and commercial center of France, which was once the capital of Gaul, and during the Renaissance, it became the financial and commercial stronghold of the country. Today it is a city of art museums, quality higher education, good shopping and vibrant cultural life. The historic districts of Old Lyon, Fourviere, Croix-Rousse and Preskill have been UNESCO World Heritage Sites since 1998. This city is also called the birthplace of cinema because the Lumiere brothers invented cinema here. Travel to avant-garde and luxurious Lyon, and SkyUp will organize a comfortable flight for you:

Lyon: a city where every district is a historical treasure

The historic center of Lyon is the Old City, located along the banks of the Saone. One of the most popular places in it is the Saint-Jean quarter with old houses and the Cathedral of St. John. As in the Croix-Rousse area, there are also many narrow passages here, created as early as the 4th century.

Life rages at the intersection of the Saone and Rhone rivers on the Preskill peninsula: many bars, restaurants, and boutiques, as well as shows and concerts. And on Terro Square, the townspeople and travelers have a rest.

Fourviere is the «praying hill», famous for the Basilica of Notre Dame de Fourviere with a gilded statue of the Virgin Mary. According to legend, in 1643 she saved the city from the bubonic plague.

Croix-Rousse, the «working hill», which has long been the area of the silk industry. There are many houses here, the first floors of which are higher than 4 meters, especially so that equipment can be placed there. A magnificent view of the city opens from Monte de la Grand Kot street, and a walk along it gives you the opportunity to see the old Renaissance houses.

There are many cultural and historical monuments in Lyon, and the following attract tourists the most:

— The Basilica of Notre Dame de Fourviere, built in the 19th century, is very different from other French temples. It was designed by Pierre Bossan, who combined the Byzantine and Romanesque architectural traditions. The interior of the church was completed only in 1964 because it took about 100 years to create a rich interior decoration. The bell tower, topped by a 19th-century gilded statue of Our Lady, is located opposite the basilica. A panoramic view of the city opens from the terrace adjacent to the church. Next to the temple is the Museum of Religious Art.

— Saint-Jean Cathedral, which is over 900 years old. This cathedral is also on the UNESCO World Heritage List. Its construction lasted several centuries, so part of the facades are made in the Romanesque style, and the other part is made in the Gothic style. Not only the architecture of the shrine is valuable, but also its astronomical clock, one of the oldest in the world and the oldest in the city. Nearby you can see the remains of the ancient churches of the Holy Cross and St. Stephen, dated from the 4th and 7th-8th centuries.

— Tet d'Or park with an area of ​​117 hectares. Here you can ride boats on the lake, visit the zoo with tigers, elephants and giraffes, see horse stables, play mini golf and boules, and have fun on the velodrome. The pride of the park is the botanical garden. Almost 15 thousand species of plants grow on 7 hectares. The most popular among greenhouses is the pavilion with tropical plants. Some of them are over 100 years old.

A double room in Lyon can be rented from 95€*. Accommodation for a family here costs from 98€. Popular hotels offer double rooms for an average of 120-170€.

We also advise you to spend time in Vichy resort, one of the most beautiful resort towns in the world. This place is famous for the largest mineral baths in Europe, in addition to well-groomed parks, shopping centers, casinos, and other entertainment venues. The local mineral waters are used to create Vichy medical cosmetics here.

Kyiv - Lyon flights are available on the SkyUp Airlines website. Follow the link and select the desired date. 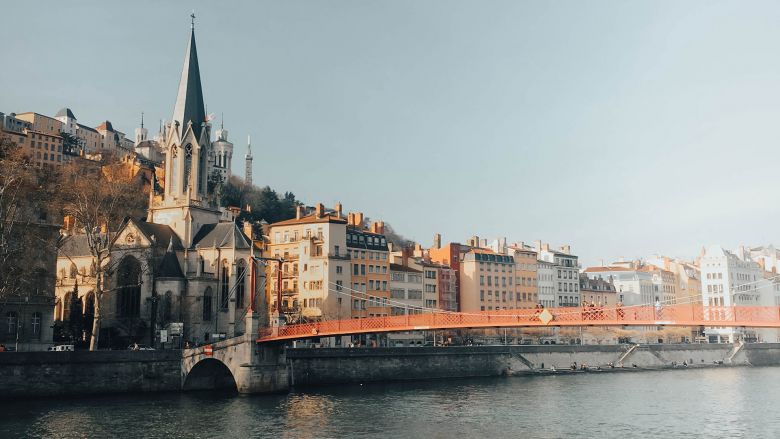