Buy airline tickets Kyiv - London in installments up to 12 payments

London is the capital of Great Britain and a vivid embodiment of English traditions. The homeland of Sherlock Holmes has many museums with free admission, spacious parks with picnic areas, and world-famous attractions. Here you will see the Big Ben tower with the bell; a symbol of the city fortress Tower; the official residence of Her Majesty the Queen, Buckingham Palace; and Westminster Abbey, with its flamboyant mosaic decoration, a UNESCO World Heritage Site. Head to the multifaceted London, and SkyUp will make your flight pleasant and fast:

Guests of the English capital will receive a London Pass (LP) package, which includes a plastic card that acts as an entrance ticket, a mobile app and a Guidbook. It will be convenient for you to attend excursions thanks to this set, as well as go to theaters and museums. The package also includes a ticket to a Chelsea or Arsenal home match and a tour to Wimbledon. A one-day card costs 59 GBP* for an adult and 39 GBP* for a child (from 5 to 15 years old). Cards for 3, 6 and 10 days are often offered at a discount. Remember that LP allows you to visit attractions in just one day with a total ticket price of up to 90 GBP*.

The Green Line bus number 757 and the easyBus minibus are the most popular options to get from Luton Airport to central London. They have the same route, and the final stop is Victoria Station. Tickets cost 2 GBP*.

You can get to London St Pancras station by train for 10 GBP*. It departs from Luton Airport Parkway Station, which is accessible from the airport by shuttle bus. If you have a train or plane ticket, the journey will be free. Otherwise, the trip will cost 1-3 GBP*.

Another way is a taxi, the cost of which is from 60 GBP*.

London is a museum city with gothic British architecture, a colorful Chinatown in the Soho quarter, green parks in every district and numerous royal residences. We recommend visiting the following attractions:

— Palace of Westminster and its Big Ben clock tower. In the palace with more than 1200 rooms, meetings of the House of Lords and the House of Commons are held, and many kilometers of corridors look like ancient labyrinths. Its most famous part is the 96-meter-high tower with a two-meter Big Ben bell, the sounds of which are broadcast hourly on BBC radio. The clock on the tower with a diameter of 7 meters is one of the largest in the world. Their dials are made of opal glass and decorated with gilded frames. The first impact of Big Ben on January 1 is the official start of the new year on Earth.

— Westminster Abbey or St. Peter's Church. Its foundation was laid in the 7th century, and construction lasted almost 1000 years. From 1066, the Gothic-style temple became the site of coronations and royal weddings. Two towers with openwork arches, multi-colored stained glass windows and a treasure trove of art are worth visiting this place. A pantheon of prominent Britons is set up here, including Queens Victoria and Elizabeth, Charles Darwin, Charles Dickens, Martin Luther King, Isaac Newton, Rudyard Kipling and others. The cathedral regularly hosts concerts of sacred and secular music, as well as a museum with paintings, applied and monumental art, tapestries and rare fabrics. The collection of ancient folios and archival documents is especially valuable for the abbey.

— The London Eye viewing wheel, which at the time of opening was the largest in the world. Now it doesn't take first place but remains among the highest. The radius of the wheel is 135 meters, and it makes a complete revolution in half an hour. You can see the Thames, Big Ben and the city center from the glass cabins, and on a clear day you can even see distant Windsor. Since 2015, the DreamWorks Tours Shrek Adventure complex has been operating near the wheel, where children aged 5-12 are invited to join the incident in 4D animation and find Shrek together with the actors.

— The Tower fortress is a symbol of the capital and all of England. The fortress is located on the north bank of the Thames in the historic center of the city. Throughout its history, the Tower has been a defensive castle, a zoo, a prison for high-ranking and royal persons, an observatory, an arsenal and a repository for royal jewels. Today it is one of the most visited historical monuments in the world.

There are many options for living in London:

Thorpe Park is an extreme amusement park located 32 km from London in Chertsey, which is open to adults and children over 12 years old. Here you can ride some of the steepest slides in the world. We also advise you to visit the small town of Windsor, where you can see the royal Windsor Palace and have a good time with children in Legoland. Watford has a Harry Potter theme park. Here are collected real scenery from the cult series of films: the potions classroom, the interiors of Hogwarts, Dumbledore's office, the library, Diagon Alley and much more.

Kyiv - London flights are available on the SkyUp Airlines website. Follow the link and select the desired date.

*All prices indicated in the text are valid at the time of publication. 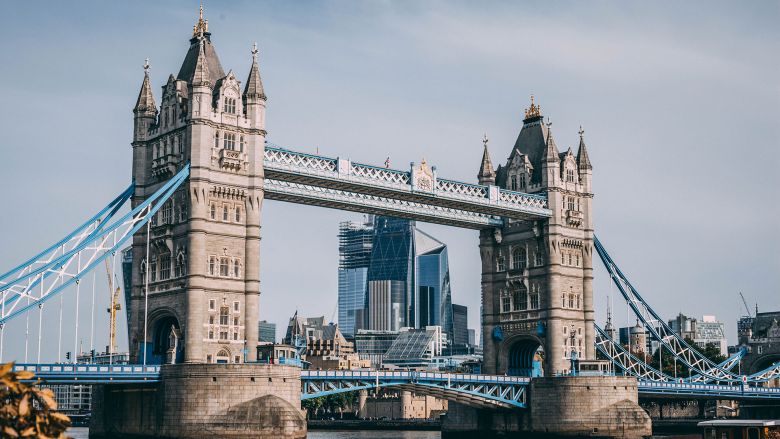