Find the cheapest plane tickets to Odesa from Lviv

This is the most striking Ukrainian city. Historically, culturally, or by the will of fate, Odesa remains the most powerful Black Sea magnet on the map not only of Ukraine, but also of the countries of the post-Soviet space. It's delicious, loud and authentic here. Here you can feel the taste of life, which means that living itself is much more pleasant.

How to get around the city

The airport is located near the city center, so a taxi to the main Deribasivska street will cost no more than €5*. We recommend using Uber or Bolt so that there are no questions about the exact amount to be paid.

You can also get to the center by bus (route number 117), and to the railway station by trolleybus number 14. And don't forget about fixed-route taxis, as they will take you anywhere in the city. The cost of such a trip will be about €0.5*.

In the city itself, we recommend walking mainly on foot. After all, this is the best way to immerse yourself in the local culture. But don't forget about trams: they are very budgetary (the trip will cost less than €0.3*) and permeate the entire city.

If you are in the city for the first time, then first run through the standard, but no less fascinating locations: Potemkin Stairs, Primorsky Boulevard, Monument to Duke, Opera House, City Garden.

The next important mission is to visit at least one of the Odesa theaters: the Opera, Ukrainian or Musical Comedy. The soul of the city lives here, so this is an unambiguous must.

Then the museum program: the Smuggling Museum, the Shustov Cognac Museum (entrance and tasting costs about €10*). And also, the Odesa Art Museum, here you can and should consider the brilliant works of Shishkin, Aivazovsky, Roerich, Kandinsky and many others. And do not forget to include in your program the Museum of the History of the Jews of Odesa and the Literary Museum.

The next important spot is Odesa courtyards. And here it is important to just get lost and enjoy. The aromas of homemade dishes, the local kids carelessly chase the ball and the cats, which protect the peace of the locals from morning until late at night.

Well, now closer to the sea. First, head towards the new Greek Park, near the port. It was opened in 2018. On the other hand, its brother — Istanbul Park. And it shouldn't be ignored either.

From here by taxi or on your own to the famous Odesa beach "Lanzheron". The Shevchenko Park and the Green Theater are located nearby. The latter serves as a local concert venue and a haven for all kinds of art activities.

Lots and tasty. You can start with falafel because it's here every step of the way, and the price per serving will be around €1*.

As for a full lunch or dinner or a restaurant — the price tag starts from €7-8* per person. Be sure to try borscht, hominy and forshmak, as well as local wine, Odesans know it well.

— Akkerman Fortress, because it is the main attraction and pride of Belgorod-Dnestrovsky.

More expensive in the high season, in summer. Apartments in a new building cost from €35*, but a room in a historic house can be rented for €20*.

But there are plenty of hotels here. Species, so that the sea welcomes every morning with its waves — from €55* per night. And a little more modest and not near the coast — from €35*.

The main thing is to do it well in advance.

Lviv — Odessa flights are available on the SkyUp Airlines website. Click and choose the date you want.

*All prices in the text are as of the date of publication. 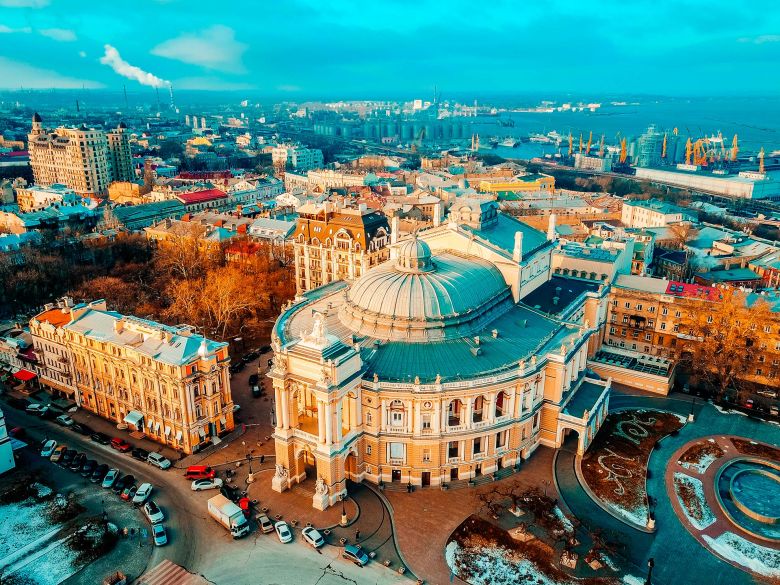