Noticias Over 12,000 flights, almost 2 mln passengers, retrofit planes, and new international and regional destinations: what 2019 was like at SkyUp Airlines

In 2019, SkyUp Airlines managed a lot. Began to fly in an eco-friendly way and with better comfortability. Transported almost 2 million passengers. Have grown the team. Expanded the map of destinations and hub airports

Last year, SkyUp Airlines completed 12,198 flights and carried 1,709,632 passengers. The shares of scheduled and charter flights in the total volume of traffic are almost the same.

nearly 40 destinations have opened from Kyiv and the regions

The most popular destinations for scheduled flights became Barcelona, ​​Tbilisi, and Batumi. While charters most often flew to Sharm el-Sheikh, Hurghada, Antalya.

Also in 2019, the company expanded the number of hub airports for its fleet. Now, airline’s planes are located not only in terminal F at the Boryspil airport, but also at the airports of Kharkiv, Lviv, and Zaporizhzhia.

The cabin crew of the air carrier has 77 commanders, 92 co-pilots, and 299 flight attendants. In total, SkyUp Airlines team has 667 specialists. The own pilot cadet school and the programme for the training of cabin crew continues.

In 2019, the flight attendants team increased by 192 new specialists, of whom 82 people passed training from scratch. SkyUp Airlines pilot team almost doubled: 39 new commanders and 43 co-pilots joined the company. Of these, 27 graduated from the SkyUp cadet school and 6 completed the advanced training programme and became commanders.

Comfort, safety, and eco-friendly on the wings of SkyUp Airlines

SkyUp wants you to travel comfortably and nicely. Therefore, salons of all planes were equipped with thin seats by British Acro. With this update, the space between the seats has become larger, and passengers feel more comfortable on board.

Winglets forked on all planes

The airline also equipped all its planes with Split Scimitar® winglets. This innovative modification improves aerodynamics and provides fuel economy. Over the year, an airplane with such winglets saves 225 K liters of fuel and reduces carbon emissions by 586 tons.

Despite the low-cost model, all passengers of SkyUp Airlines international flights are offered free water and several types of juice. And thanks to the new menu in the Celebrate your flight * concept, all passengers of the air carrier can celebrate every flight with delicious dishes and drinks. The SkyBox menu includes side dishes with meat/poultry/fish, salads, vegetarian dishes, desserts, a special children's menu, theme sets like a French breakfast or to celebrate a romantic event, as well as cold, hot drinks and alcohol by famous brands.

The SkyBox catering service is available for pre-order when purchasing a ticket online on the airline’s website or can be purchased already on board. The menu was developed in collaboration with the well-known Austrian company Do&Co, which specializes in air catering services and serves more than 50 airlines from around the world.

Flights route map and flight schedule on own online display

Passengers of SkyUp Airlines can check the company's planes in the sky directly from the airline’s website. An interactive flights route map is available in the Schedule section. You can also find the schedule of the company's nearest flights there.

The company will continue to move forward: to develop the fleet, increase the team, expand the map of flights in Ukraine and to international destinations.

The company’s plans also include the launch of online registration.

“SkyUp is all about love. To people. To travel. To aviation. Our team is built on this foundation. This motivates us to work with great enthusiasm, set bold goals and achieve them. In less than two years of our activity, we have already declared ourselves as one of the most dynamic air carriers in Europe. We set ourselves a high pace and are not going to stop. We will continue to grow — expand our geography, improve existing and offer new services. After all, our mission remains unchanged — to make air travels for Ukrainians more affordable and comfortable”, said Yevhen Khaynatsky, CEO of SkyUp Airlines. 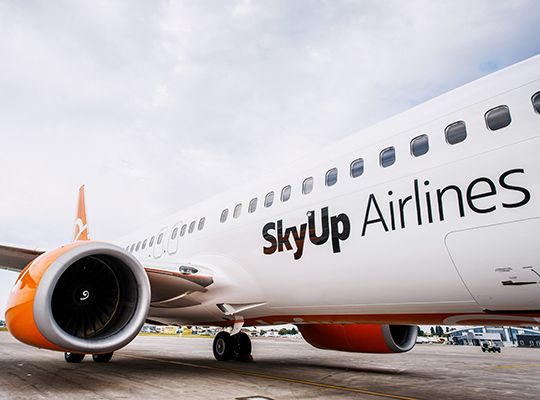 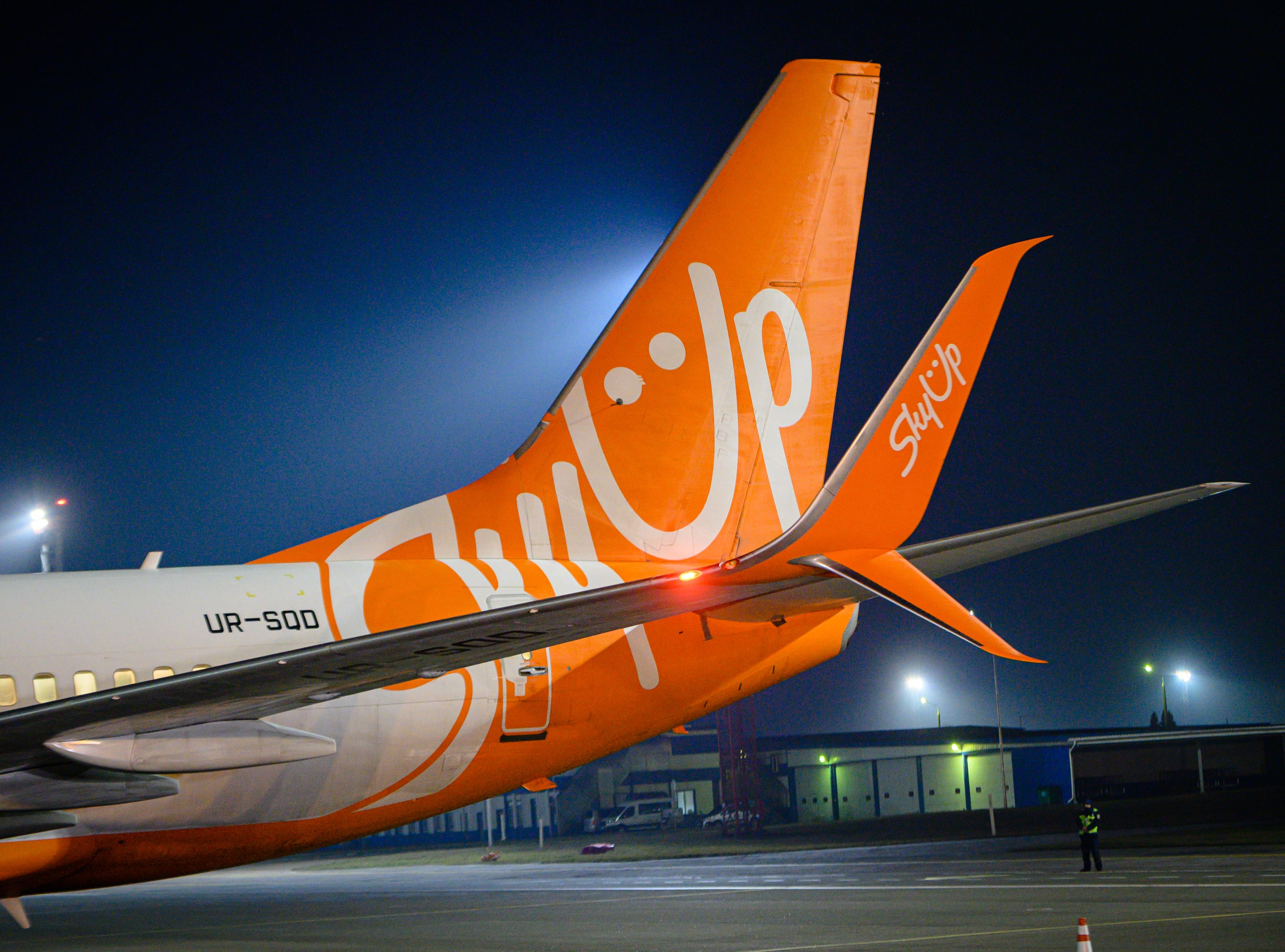 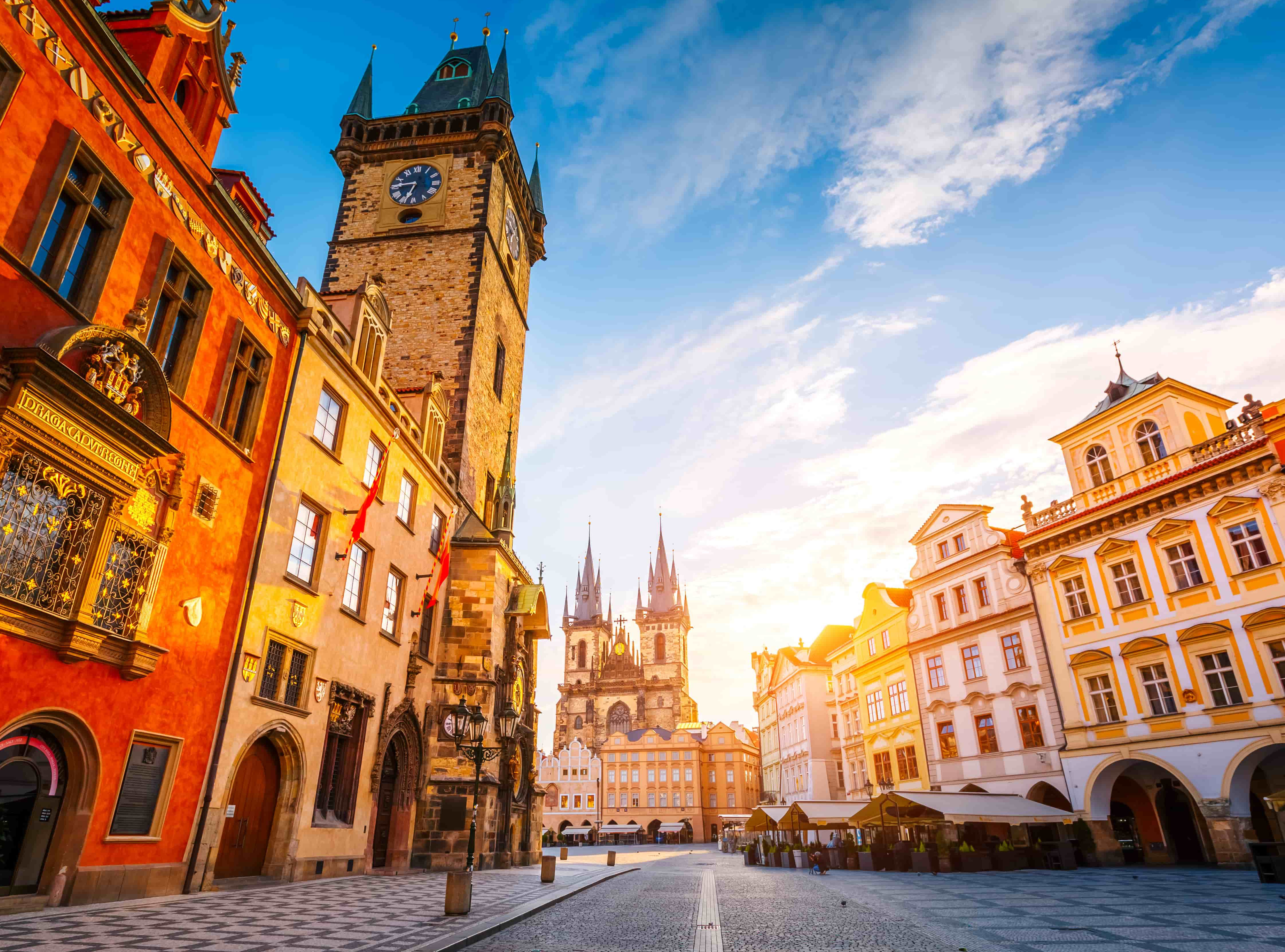 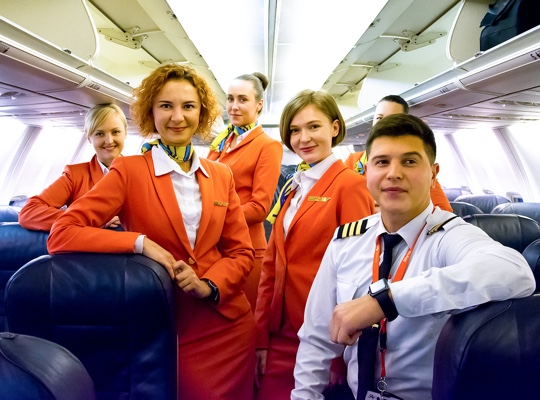