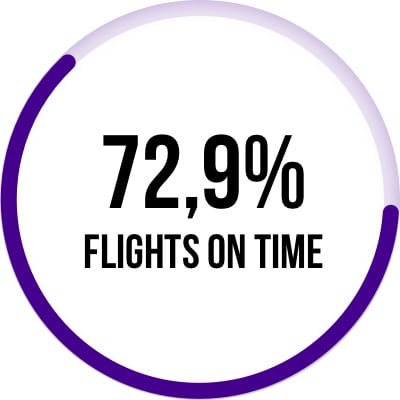 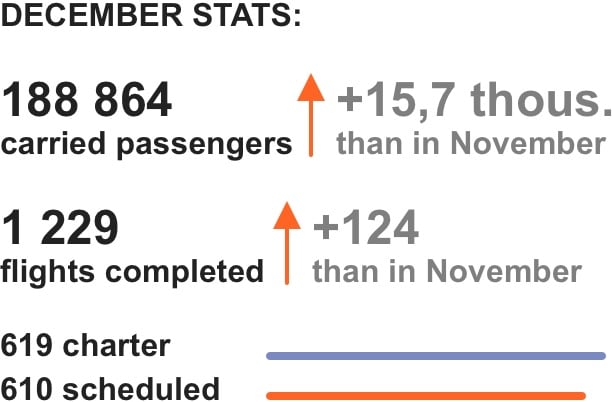 We provide all data according to internal statistics of the company**.

Last month, tickets selling for new summer navigation flights began. In particular, SkyUp Airlines will fly from the capital and regions of Ukraine to European cities and resorts.

We resumed flights to Slovakia: Kiev – Poprad flights will be operated till the end of winter.

In December, SkyUp Airlines received the tenth aircraft in its fleet. It is a medium-haul aircraft Boeing 737-900 ER with the state registration number UR-SQJ.

In Lviv we gave a presentation of SkyUp Airlines and conducted the selection of flight attendants to create our own base there. Today the company is a competitive employer on the aviation market of Ukraine and all over Europe: more than 400 employees work in our flight department. The airline is gradually opening its own bases in the big cities, creating infrastructure and developing the job market in the Ukrainian regions.

*Ticket price is exclusive of baggage charge and is as of the date of this announcement publication.

**The method used to calculate statistics is as follows: we consider flights from and to airports of Ukraine. Punctuality rate is the percentage of flights that departed with a delay of less than 15 minutes (according to world aviation standards) 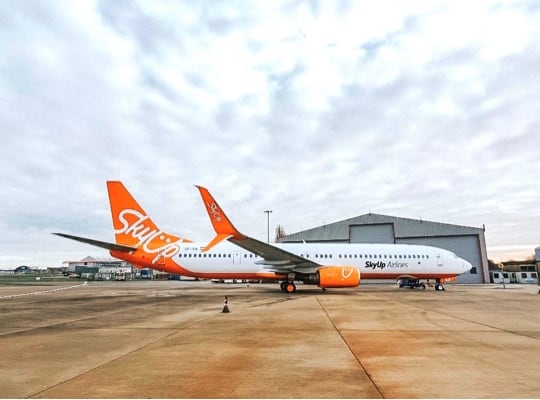 Never too much of Italy: SkyUp opens ticket selling for four new destinations 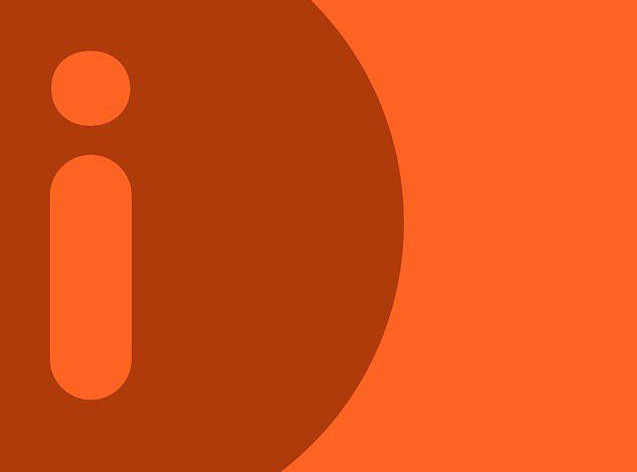