Buy airline tickets Batumi - Kyiv in installments up to 12 payments

Kyiv is the capital of Ukraine, a rapidly developing megalopolis and a city with more than a thousand years of history. Here you can walk along Volodymyrska Street laid out 10 centuries ago, walk up Andriyivsky Descent to the 17th century Baroque Andriyivska Church, visit the only trolleybus museum in the world, ride the cable car and visit the Kievo-Pecherska Lavra. Have an interesting vacation in Kyiv, and SkyUp will arrange a comfortable flight:

— Delicious SkyUp menu, which was developed in cooperation with the leading catering agency and tastes just like in a real restaurant. Can be ordered at the time of booking or in your account, but not earlier than 32 hours before departure.

Kyiv is a capital city with a rich history

The foundation of Kyiv is associated with a beautiful legend. In the 12 century chronicle ‘The Tale of Bygone Years’ it is mentioned that three brothers Kyi, Schek, Horiv, and their sister Lybid laid the city on three hills of the river Dnieper. Each of the brothers gave their name to the hills, Horivica and Schekavica, and the new city was named after the older one, Kyi. Consequently, the capital of Kievan Rus, the medieval state that became the ancestor of modern Ukraine, grew here.

From the airport Boryspil to the railway station in the city there is a high-speed train "Boryspil Kyiv Express" - the ticket costs $3.00*. The airport bus Skybus gets you to the center of Kyiv for $1,80*. But a cab ride starts at $12.00*.

It’s worth a visit

There are many interesting places in the capital, connected with the past and modern achievements of Ukraine.

— Those who are interested in artworks are advised to visit the Artistic Arsenal, which was opened in 2006 near Lavra in the building of the historic Citadel. In that short time, it has been able to gain worldwide recognition as a venue for various creative events and exhibitions of contemporary art.

— The Mariinsky Palace is now the luxurious ceremonial residence of the president of Ukraine. It was well-preserved during World War II, so it is almost identical to its original appearance. It was built in the baroque style, the palace impresses with its unique stucco work, original sculptures, and the adjacent beautiful park. The recently closed halls can now be visited by anyone during tours.

— The Kyiv Zoo is one of the first and largest Ukrainian zoos. It was opened in 1908 and has existed for over 110 years. "Kyiv Zoo" managed to survive all the hardships of the 20th century. Now it has about 400 species and 2,500 animals, from fish and amphibians to large predators.

What is the best place to go nearby?

One of the largest ostrich farms in Ukraine is located not far from Kyiv in the village Yasnogorodka. The ecological complex is called ‘The Valley of Ostriches’ and occupies over 18 hectares. The first birds were brought here from Belgium in 2001, and today their number exceeds two hundred. Here you can see whole families of birds, join a tour and visit a mini-zoo. Ostrich races and ostrich rides can be interesting. For travelers with children on the territory of the complex operates a Toyland.

Air tickets Batumi - Kyiv are available on the SkyUp Airlines website. Go ahead and choose the desired date.

* All prices in the text are valid at the time of publication. 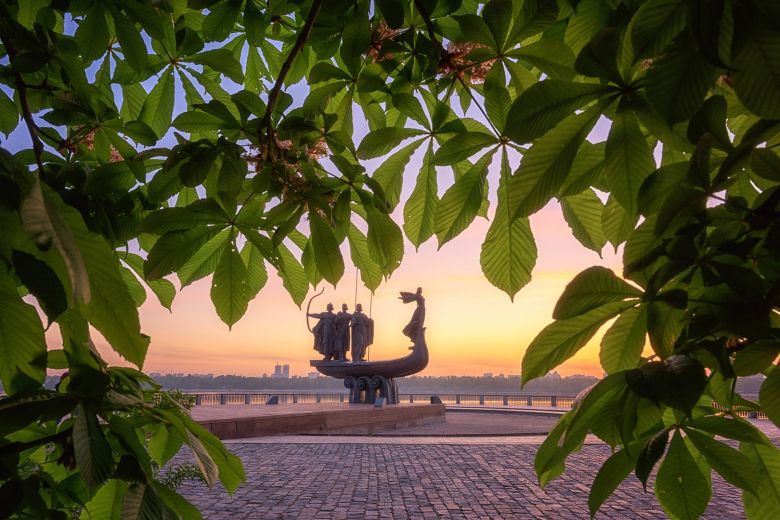