Buy airline tickets Kyiv - Amman in installments up to 12 payments

Its history is a real quest for those who like to plunge into the past. But Amman lives in the present: fast and modern. Its soul is conditionally divided into two parts: the one where history lives and the one where modernity lives. And we will tell you about both.

The airport is located 32 kilometers away from the city, and you have two transport alternatives:

— Taxi. It's convenient, fast, but not budgetary. The trip will cost you about €24*, but you will be in the city in 30 minutes. To avoid misunderstandings with local taxi drivers, pay for the service at the airport. One can do this in a special pay meter on the territory, and then give the check to a taxi driver.

— Bus No. 24/7. This option will cost you around €1*, but the trip will take over an hour. Shuttle buses run every half hour.

In the city itself, there are three types of buses and Servees cars. The latter are a budget alternative to taxis. They travel on a given route, but cost half as much. If you don't want to go into details of the Amman transport scheme, catch a taxi. The cars of the official carriers are painted gray and yellow, and you pay as you go in accordance with the taximeter.

Amman is conventionally divided into Eastern and Western parts. And, while the East is about a conservative Muslim city, in the West you will find yourself in the midst of a fast and stylish metropolis.

We recommend visiting the Citadel, towering over the city on the Jabal al-Qalaa hill. The ruins of the Umayyad Palace Park are nearby. In addition, nearby are the ruins of a small Byzantine Church, as well as the remains of the Temple of Hercules, also known as the Great Temple of Amman.

And, of course, the excursion program. Start from visiting the classic Jordan Museum housed in the Roman Theater. Here you will find all the most interesting things about the culture and life of the locals from century to century.

If you love painting, head to the Jordan National Gallery of Fine Arts. It contains over 2,000 contemporary paintings, sculptures, and ceramic items by artists from all over the Middle East.

And as you get tired of the history, feel free to go to any local mall. Shops, cafes, and coffee shops are guaranteed to you.

Traditional soups and Amman hummus. After all, even if you do not eat them in everyday life — here it is simply a must.

Pork or fish dishes are the exception rather than the rule. However, the local cuisine does not suffer from this. Try veal, lamb, and poultry. They are served with a side dish and a variety of local spices.

Lunch at a decent establishment will cost from €15*, and a quick snack can be arranged for €5*.

— Jerusalem is a city that doesn't need long descriptions. You will have to spend at least three hours on the road, but it's worth it.

— "Pompeii of the East" or the city of Jerash. There are 17 Byzantine churches, two amphitheaters, several authentic streets. An hour on the road, and you are walking around the city, literally packed with history.

— Tiberias, an Israeli city on the shores of the Sea of Galilee. You will spend at least 1.5 hours on the road.

A three-star hotel in the center will cost approximately €27*. Five-star option — from €50* per night. Breakfast and city panorama included.

Kyiv — Amman flights are available on the SkyUp Airlines website. Click and choose the date you want. 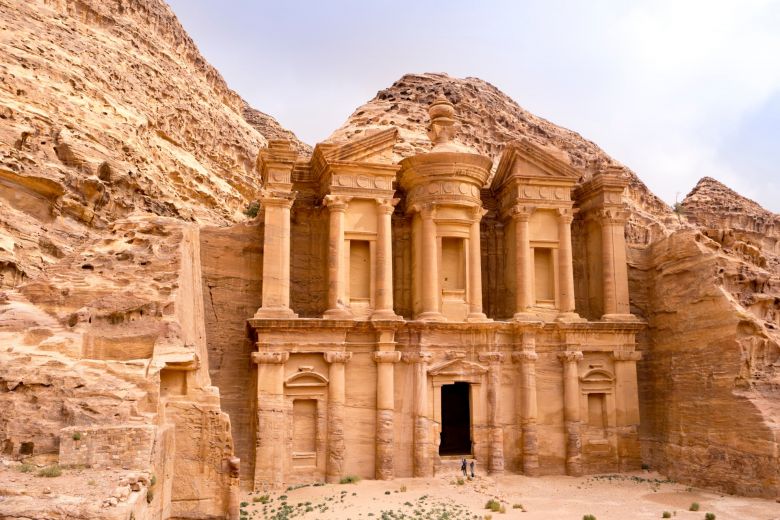