Kuwait City is one of the wealthiest capitals in the Middle East. The city will impress you with its modern architecture, endless desert, and warmth at any time of the year. Kuwait is suitable for both long vacations and short weekend trips.

With SkyUp, it will take you a little over 4 hours to get to sunny Kuwait City. Choose the convenient fare that will make your trip more comfortable.

— Basic fare: you can take a piece of carry-on baggage on board and check in for a flight in 48 hours.

— Standard fare: you can change the departure date for an additional fee, take two pieces of carry-on baggage and baggage, and get a 10% discount on additional services.

— Flex fare: you can change the departure date free of charge, take advantage of a 20% discount on additional services, take two pieces of carry-on baggage and baggage and check in for a flight 30 days before departure.

The flight is not very short, so SkyUp will ensure that you do not be hungry during this time. While in the sky, you can try a cheese roll, fried salmon with lemon and vegetable stew, baked duck leg, or even ice cream and cake. So you will not only satisfy hunger but also have great pleasure. Just choose what you like from our menu no later than 32 hours before departure.

Start exploring the city with its real symbol – Kuwait Towers installed on the Cape of the Persian Gulf to store fresh water. The three towers became famous for their unusual futuristic shape – now there is a revolving restaurant and an observation deck, which offers a magnificent view of the city.

Also, pay attention to one of the world's largest Musical Fountains. Every night there is a fantastic light show accompanied by the music here.

Then visit one of the city's largest temples – the Grand Mosque of Kuwait. The building impresses with its size and design, a combination of traditions and the latest architectural possibilities. Afterward, you can walk in the large park next to the mosque.

And, of course, Kuwait would not be Kuwait wіthout skyscrapers. Here, you can see one of the tallest buildings in the world – 414-meter Al Hamra Tower. And then visit the Kuwait National Museum, which preserves the values of the sheik and many other works of art.

And after a good walk, relax on the shores of the Persian Gulf.

Kuwait is an Arab country, so the cuisine in the capital is similar to other Muslim ones. Many local dishes are cooked with hummus (chickpea and tahini paste). They also make delicious falafel here (fried chickpea balls). In addition, you can try Arabic aish or khubz bread, stuffed zucchini, rice in various forms, vegetables, and greens.

Important: alcohol is prohibited in Kuwait, so you can not buy it anywhere, and drinking can cause huge problems with local law enforcement.

You can take a ferry to Failaka Island and visit the archaeological reserve. Remains of the old-time houses, coins, and antique temples of the ancient civilization of Dilmun have been preserved here. You can visit the ancient temples and relax on the beach on the island.

Kyiv – Kuwait City flight tickets are available on the SkyUp Airlines website. Visit the website and select the desired date. 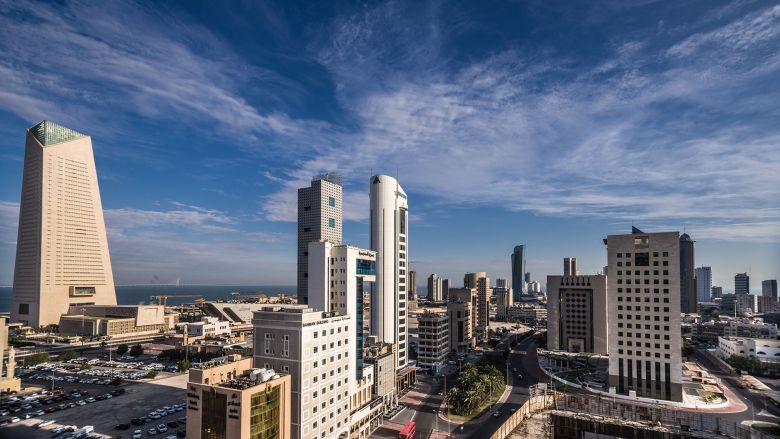